Traveling Through Gare de Lyon? Discover How to Make the Most of Your Journey 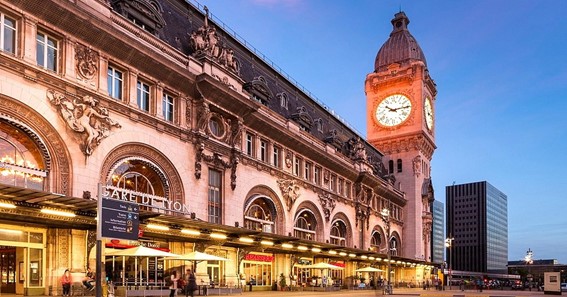 If you’ve traveled from Paris to Provence frequently, you are already familiar with spending a great deal of time at Gare de Lyon train station, one of the six train stations servicing Paris, France.

But even if you are gearing up for your first trip on the Gare de Lyon, you could be wondering if there are any ways to make the most of your time there, especially if this might be a once-in-a-lifetime trip for you.

Here are your answers for making the most out of your journey through the Gare de Lyon during your travels.

By the way, be sure to register your luggage storage in Gare de Lyon so that you can explore the station with your hands-free and able to enjoy your experience.

click here – Why do graduates pay finance instructors to help them prepare for interviews?

It is understandable if you are initially overwhelmed by the sheer size of Gare de Lyon, but getting to and from your train at Gare de Lyon is relatively easy.

Just remember that arrival and departure platforms (voies) are all found on one level.

There are two main groups of train tracks: platforms A to F, located in Hall 1, is closest to the main entrance, and numbers 5 to 23 in Hall 2, in the rear of the station.

Hall 3 is downstairs to provide you with access to the RER local trains and the Metro.

If you’re arriving at Gare de Lyon by automobile, you can be dropped off in the front of the building at the northwest door, on Place Louis-Armand, besides to The Clock Tower.

This entry to Gare de Lyon takes you directly into Hall 1, where the gigantic glass roof offers brilliant natural light.

Hall 1 has a massive departure board with alphabetical platforms spread out in front of you (A through N) from left to right.

The left side of Hall 1 is where you can gain access to Hall 2 as you are facing the tracks themselves.

You will notice a huge sign above the entryway, taking you into a lengthy gallery with the ticketing office (called Galerie des Fresques) and shopping options, leading to the back of the station complex with the open space of Hall 2 with its numbered platforms.

Departures Board at Gare de Lyon

The departure boards are pretty much the only tool you need at Gare de Lyon, with the trains listed chronologically by their departure time.

The big board that you will find in Hall 1 generally showcases all the trains departing in the next three hours.

The details shown in the last column alert you to the voie or “platform” that your train will be leaving from.

When train numbers are first posted on the board, the platform column indicates which hall the train will be leaving from so that you can take your luggage and move to that particular indicated area.

About 20 minutes before a train’s departure, the specific platform is displayed.

The elaborate carvings, chandeliers, and ceiling frescoes are just a few of the festive details that make the Station Restaurant, Le Train Bleu feel like you are dining in a lavish museum of the 1900s.

There has been restoration work done to recapture the pristine power of the original decor, first created by 27 French artists.

There are also 41 paintings that have been commissioned by prominent artists of that era, such as René Billotte, François Flameng, Henri Gervex, and Gaston Casimir Saint-Pierre, featuring the cities and landscapes that a traveler would see on trains while leaving Paris.

Le Train Bleu has been a magnet for celebrities throughout history, such as Coco Chanel, Colette, Brigitte Bardot, Jean Cocteau, and Marcel Pagnol were regulars and have served as a location for movies like Nikita by director Luc Besson who used the restaurant to film scenes.

The evolution of train travel in the 19th century, with tracks stretching from Gare de Lyon and reaching out southward, first to Montereau, then to Lyon and Marseille, is part of the history that has been expressed in a 300-foot-long mural in the long gallery running between Hall 1 and Hall 2.

Galerie des Fresques is the name of this gallery, where you can look up at the ceiling level and see depictions of the main destinations accessible by train from Gare de Lyon.

You surely don’t want to miss the most recognizable landmark of Gare de Lyon, The Clock Tower standing beside the main entrance on Place Louis-Armand.

The Clock Tower, with its clocks on all four sides with hand-painted Roman numerals, has become timeless since it was built in 1900, with its similarities to London’s Big Ben, on which it is rumored to have been inspired.

8 Reasons to Work in the UAE