Know These Things Before Investing in MATIC 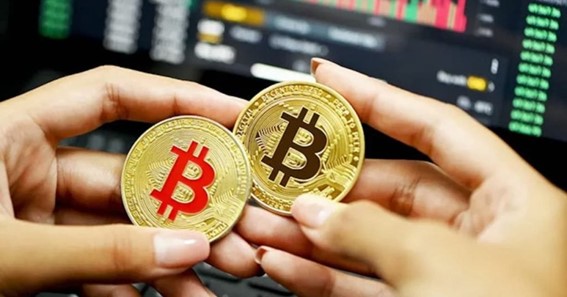 The aim of creating MATIC was to make the transactions on the Ethereum blockchain cheaper and faster. Anyone who has traded in Ethereum lately or used it to pay for transactions has dealt with the congestion in its network and the high fees involved.

Polygon decided to retain the ticker MATIC for its native cryptocurrency

The ambitious nature and success of this project had made millions interested in MATIC, which now ranks among the 20 largest cryptocurrencies based on their market capitalisation. There are 10 billion total MATIC coins with almost 8 billion of them in circulation. If you wish to invest in it, know the MATIC coin price in INR.

If this exciting new currency has got your interest too, here are some things that you need to know before investing in it:

How does the Polygon network work?

The website of Polygon describes its network as the ‘Swiss army knife for Ethereum scaling and infrastructure development’. The goal of Polygon is to provide a framework for blockchain networks and to allow users to create these networks that are interconnected instead of operating in silos.

It works by offering a sidechain, which connects to a blockchain and improves its efficiency by lowering the fees and reducing the transaction time.

The Polygon network has 4 layers that include:

Polygon is often compared to Litecoin, which was created as a fork of Bitcoin and aimed to improve on the latter’s shortcomings. Before investing in Litecoin, know the LTC to INR prices and conversion rates.

What is the MATIC token used for?

The MATIC token plays an important role in the Polygon network. It functions as the unit of payment between users who interact on the network. It is not just a currency for applications but also can be used to pay the transaction fee.

MATIC is also a governance token. It is used by token holders to help influence the future of different projects by voting on proposals. It is also used for staking while lending cryptocurrency. You can stake your tokens on the Polygon network and utilise them in exchange for interest.

Where is MATIC listed?

Several cryptocurrencies are hard to find and trade in since they are not widely available on large cryptocurrency exchanges. However, that’s not something to worry about with MATIC. It is listed on some of the most credible and largest exchanges including Coinbase, Binance, Conswitch, eToro, and Gemini.

How can you buy MATIC?

Here is how you can invest in MATIC:

What is MATIC’s price prediction?

While, like any other digital currency, predicting how MATIC will fare is difficult, here’s giving you an idea how it has fared in the past.

MATIC is a promising crypto that aims to solve a real problem. However, like every other cryptocurrency, investing in MATIC is also a risky proposition due to price volatility. You can keep yourself updated on its latest news and price trends on Coinswitch.

Are holiday homes a good return on investment?

Why Your Department Needs to Automate Financial Planning