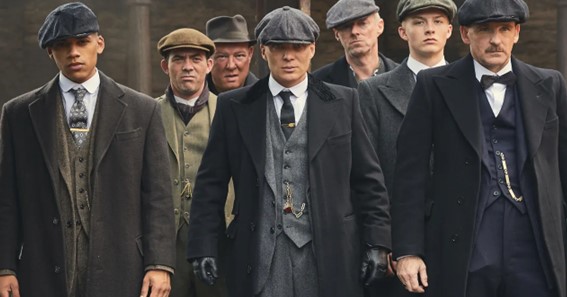 As one of the most highly proclaimed crime documentaries on Netflix to date, “Making a Murderer” covers the life of Steven Avery and his wrongful conviction of a crime in 1985. This led to him spending 18 years in prison before the Criminal Justice System realised that he was innocent and another man, who was never considered a suspect, was guilty. After being released from prison and filing a $36 million civil lawsuit, Avery finds himself involved in yet another crime for which he may be held accountable this time around. To see what the hype is about, be sure to tune into this hit crime series today.

Day one fans will know that the highly favoured “Top Boy” dates back to 2011, when the initial series was broadcast on Uk channel 4. (Yes, British TV shows do often find extreme popularity on Netflix! Click here for TV aerial installation) On Netflix, it has been renamed “Top Boy: Summerhouse” and features favourites such as Dushane, Sully, and Gem. The third season of Top Boy turned it into a worldwide sensation with features from British rapper, Dave, and interest from Canadian sensation, Drake. Crime is a main feature within the Top Boy franchise and when Dushane and Sully return to the London Streets again, it may be more difficult than they think to strike up business again with new boy Jamie on the scene.

It is no surprise that Guinness World Records has recorded Breaking Bad as one of the highest-rated shows of all time, the credibility the show has received since its release in 2008 has been phenomenal. The show centres around Walter White, a high school chemistry teacher who has been diagnosed with lung cancer, and the only way he can secure his family’s financial future before the disease takes over is by turning to a life of crime alongside his authoritative career. With the help of one of his former students, they end up running a serious business. The good news? All five seasons can be found on Netflix.

When a video surfaced on the internet of a man suffocating two helpless kittens, a group of individuals from across the globe grouped through the Facebook platform in an attempt to find the killer so that he could pay for his crime. After diving deeper into the crime, they realise that this murderer may have done more damage than harming and killing animals as it eventually connects him to an unsolved murder. The power of the internet truly shines through in this well-liked series but we will leave it to you to watch and find out what happens!

Killer Inside: The Mind of Aaron Hernandez

This controversial documentary focused on the former NFL superstar, Aaron Hernandez, has received a great deal of both acclamation and criticisation however, we believe that it is certainly a must-watch when it comes to the best crime shows on Netflix’s platform. The docuseries covers Hernandez’s life from excelling in his widely publicised football career to the three convicted murders he was imprisoned for in 2015. The show also dives deep into the football player’s sexuality, poor family life, and the complications with his brain and personality as a result of his career. Interesting to say the least as Hernandez is far different from any other famous serial killer we have seen.

If you have checked into Netflix recently, we presume that you have come across “The Tinder Swindler” and if not, we are sure that you have seen it plastered all over social media! Simon Leviev’s conning ways are exposed in this 2022 crime documentary revealing how he had conned several women through a process called “Love Bombing” to scam them out of thousands. Including interviews with the women themselves, the show exposes the verifiable wickedness and pitiless actions of Leviev making it one of the best crime shows on Netflix this year so far.

The End of the F**king World

For an abnormally weird viewing, be sure to tune into Netflix’s, “End of the F**king World.” The short series is another show to feature on Channel 4 before making its way to Netflix. The series focuses on a young boy, James, who believes that he is a psychopath. As he starts off killing animals, he decides that it is time to move on to killing a human. After settling on a young and annoying classmate, the pair embark on a journey, and James plots to kill her. However, his plans certainly do not go according to plan!

If you are a regular party-goer to the famous White Isle, tuning into “White Lines” will show you a completely different side of the island, an unusual location to say the least for one of the best crime shows on Netflix! British Zoe ventures out to Ibiza to solve her brother, Axel’s, murder as the Spanish Government refuses to solve it due to prosecution laws. As a popular resident and DJ, the possibility of finding out what happened to him is proven to be difficult. However, after generating bonds and relationships along the way, Zoe begins to get closer to finding out what really happened to Axel. It is not all smooth sailing, and crime makes being in Axel’s circle risky business.