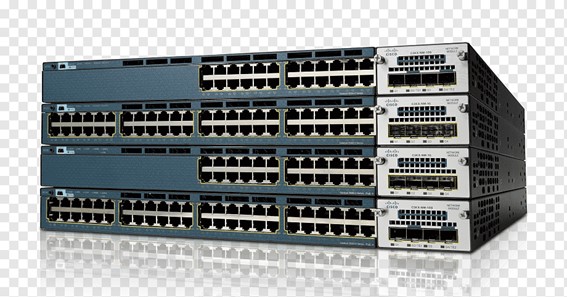 Are you familiar with the term called multilayer switch? We know that there is an increase in the diversity of network applications all over the globe. These switches are growing rapidly in data centers and networks. In my article, I will share all the necessary information about these switches. I have also shared some important features of these switches. They are regarded as a technology to enhance the network routing performance in LANs. Continue reading to get a clear explanation of the multilayer switch and how to use it.

What Is A Multilayer Switch?

A multilayer switch is a network device that enables operation at multiple layers of the OSI model. They can perform the functions of a switch as well as a router at incredibly fast speeds. These switches forward the data packets based on the Layer 2 information like media access control (MAC) addresses. As this switching technology developed, more higher-level functions were added. For example, the ability to look deep inside packets for information.

Usually, an MLS has a 10gbe switch and a Gigabit Ethernet switch. By the way, the OSI has seven layers in it. This includes the Physical Layer, Data Link Layer, Network Layer, Transport Layer, Session Layer, Presentation Layer, and Application Layer. So, the MLS performs its functions mostly in the application layer i.e. Layer 7. This switch can do the context-based access control, which is the primary function of later 7. Besides, the Layer 3 switch is the most commonly used multilayer switch.

Cisco offers multiple varieties of multilayer switch models. These switches are designed according to their structure. On the lower end, there are the single rack unit (1 RU) models that are designed for wiring closets and small installations. Some of these switches can be stacked in several ways depending on the model.

How To Use A Multilayer Switch?

You have to follow three main steps to configure this switch. Continue reading to know more about it.

You can now start the multilayer switch configuration by using the following steps.

In the end, you still need to offer a snapshot of the routing table entries. You have to list a summary of an interface’s IP information and status.

Below I have mentioned down some important factors of these switches.

Below I have sorted out the best multiple switches for you.

However, you may find three key differences in MLS vs routers. Continue reading to know more about it.

click here – How To Clean Silver Coins? 7 Methods To Clean Them

Read Also: How To Scale Up Training In Your Organization?

Why Is It Better To Use A Router Than A Multilayer Switch?

Another difference is that multilayer switches route packets faster than routers. In addition, based on IP addresses, routers can support numerous different WAN technologies. However, multilayer switches lack some QoS (Quality of Service) features. It is commonly used in LAN environment

What Is The Main Difference Between A Layer 2 Switch And A Multilayer Switch?

The layer 2 and Layer 3 differs mainly in the routing function. A Layer 2 switch works with MAC addresses only and does not care about IP address or any items of higher layers. Layer 3 switch, or multilayer switch, can do all the job of a layer 2 switch and additional static routing and dynamic routing as well.

Why Is A Router Called A Layer 3 Switch?

Thus, a multilayer switch provides high functions in networking. The MLS is the network device that forwards the data packets based on Layer 2. They inspect the deeper into the protocol description unit. In these switches, higher-level functions are also added such as the ability to look inside packets for information. Generally, they use ASIC hardware circuits to perform routing functions. In short, you can say MLS has become the device that examine Layer 2 through Layer 7. In my above article, I have explained the term multilayer switch you should know.

The Uses of Dot Net Development Beyond Mobile Applications