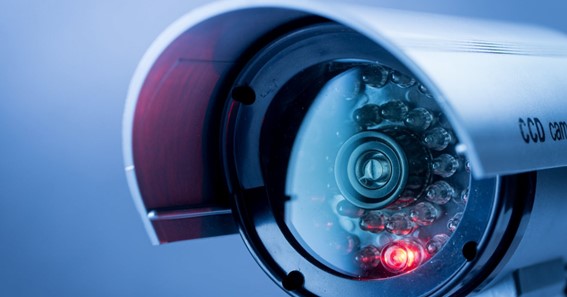 Once upon a time, the most you could do to protect your home was lock your doors and windows. That was the way things were for much of human history. Locks for doors came about around the same time that the doors themselves did. And you better believe that as surely as rain falls from the sky and fish swim in the sea, people were breaking those locks too.

That is what we are here to explore. Those advancements are known as “smart home” features, but that title does not paint a complete picture. And perhaps more importantly, it does not convey just how prevalent they have become, going so far as to become a billion-dollar industry.

Contents
1 What are Smart Homes?
2 How Does This Relate to Security?
3 The Middle Class Security System
3.1 The Cameras
3.2 The Alarm
4 Conclusion

What are Smart Homes?

Smart homes are homes that have certain technology built into them, but which technology they have can vary from home to home. For instance, most smart homes will at least have one or two appliances connected to a personal assistant like Alexa or Cortana.

That means you can use the personal assistant’s voice activation features to give your appliances commands that they understand. So, you can say, “Alexa, preheat the oven to 350 degrees,” or “Cortana, could you please turn on the air conditioning?”

And of course, there are smart home devices that work without a personal assistant. Things like air conditioning that is completely automated, motion sensitive lights, and so on.

click here – Can I Prepare for TISSNET and IIFT Together?

How Does This Relate to Security?

Smart homes are in good with the security business, as they allow for the incorporation of incredibly advanced security systems into even the most basic residences. Think about it: Twenty years ago, the thought of putting security cameras on your home was ridiculous.

More specifically, it was ridiculous if you were anything short of obscenely rich. You would need tons of security cameras to get the coverage they needed to do their jobs. Each one would have to be recording constantly, and you would need to store all those recordings in a vault.

It would just be a lot of trouble, and the super-rich at the time were only really willing to go through with it because they had the money to hire security experts to basically do it for them.

Things have changed now. The first and most important change is in how easy it is to set these things up and manage them. As a result of this increased ease of use, security systems are more affordable. And with affordability comes an influx of buyers from the middle class.

Twenty years ago your only option for an advanced security system was having all those cameras, and maybe even having someone watching a live feed of the cameras so they could sound the alarm should anyone be spotted on those cameras.

But now, you do not need a person to watch the cameras because the cameras watch themselves. The middle class security system has two key components that the smart home enables: The cameras and the alarm system. But how do these overcome their drawbacks?

As we mentioned before, cameras in the past had to be numerous and have somewhere to back up their data. But that was only because they had to be on all the time in order to reliably catch anyone doing anything. Most of the time, that energy was wasted. They recorded nothing.

Modern smart home security systems save energy by having motion activated cameras. You might have seen doorbell camera recordings; these are cameras small enough to fit into the doorbell that record when a person comes near them. Otherwise, they are off all the time.

But the really special thing is that these cameras do not need to be physically connected to the device where they store their data. A doorbell camera can only be that small because all of its video data is sent over wireless internet to a computer that it is connected to.

click here – How To Keep Yourself Healthy For Active Participation In Sports?

At the same time that cameras have gotten more advanced, alarms have as well. They used to just detect when a door opened using a trip wire. Now they can detect windows opening or breaking as well. But more importantly, they can incorporate the cameras into their functions.

Cameras can serve as highly advanced motion sensors, allowing for the alarm system to integrate into the smart home system as thoroughly as the cameras do. This means that they can usually be controlled through either voice or a phone and save tons of power.

The alarms themselves are also smart, being programmable to be certain sensitivities at certain times, and even turning off if they detect your voice. This keeps you from accidentally tripping them.

So, let’s return to the original question: How are smart homes such a big industry?

The answer comes from the value they add to a home. This value boils down to three things:

The value you get from security is obvious; better cameras and better alarms means better security. But the reason why better security adds value to a home is because it reduces the liability of that home. Owning it is less of a risk.

The value of efficiency comes from the significant amount of money you can save on your electricity and maintenance just due to having appliances that turn off when you are not using them. This is more money than you might think.

And finally, the value from convenience is actually what most people think of when they think of smart homes. But clearly, they are much more than just conveniences. They are the way of the future, and getting a Celina home security systems by Smith Thompson is a sound investment.

The Best Tips To Move On After A Divorce