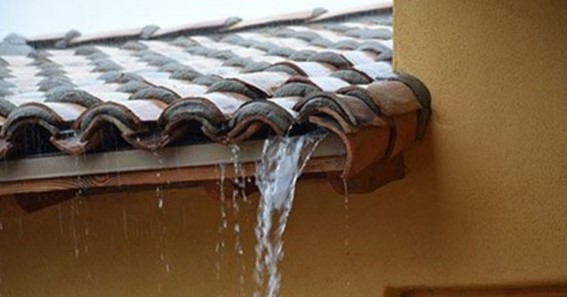 Water moves through many pathways as it falls from the sky in the form of rain and other precipitation before seeping into the ground. After significant rainfall, you may calculate how much water may flow via these routes of sinking into the earth or other matter into the ground. Surface runoff is one method for estimating how much water an event involving precipitation will produce.

Runoff is the portion of precipitation, snowmelt, or irrigation water that pools when the ground cannot absorb it. These facts may be taken into account by researchers, such as how quickly it springs after rain and whether it’s surface runoff, interflow, or ground runoff.

The accuracy of the data is impacted by the instruments employed to assess runoff. Consider how accurate you were in determining rainfall quantity, duration, dispersion (including whether it contains ice or snow components), the storm’s journey and any other variables that may impact climate when calculating your results. This might include things like temperature, wind, humidity, and seasonal changes.

The soil of the basin, in conjunction with its rainfall and topography, distinguishes it. Elevation, terrain, basin form, drainage area, soil type, and pond proximity are just a few of the other characteristics unique to the rain itself.

When scientists analyse the nature of these events as they pertain to geology, they may employ the data and information they obtain to study atmospheric phenomena in other locations. The environmental effects of surface and runoff between storms in the United States and those in Brazil might be significantly different.

According to studies, around one-third of rainfall on land ends up as runoff in streams and rivers, which eventually flow into the ocean. The remaining amount of precipitation is lost through evaporation, transpiration, and infiltration (soaking into groundwater). Researchers may learn more about how people are influencing the environment by studying these patterns found in runoff events.

The Human Effect on Runoff

Roads, buildings, and other human-made structures have reduced runoff’s capacity to seep into the ground or reach waterways and streams. Other behaviours by humans, such as removing vegetation and soil and developing surfaces that water cannot penetrate, contribute to increased runoff. They’ve boosted the amount and frequency of floods from streams. Raising public awareness regarding these problems as well as formulating opinions on how they might harm mother nature could assist address them.

Urbanization has altered runoff patterns on surfaces across the world. Comparing water flow and runoff in natural settings like rainforests to man-made ones like roads, cities, and towns, in general, may give you an indication of how easy it is for water to naturally flow to its streams and rivers in the former compared with the latter. Urban floods occur, and hydrographs take on more random shapes when rainfall is measured to demonstrate this danger.

There are several methods humans may use to tackle these environmental challenges. People working on farms and gardens can limit the amount of fertilizer they use, while towns may decrease their usage of impenetrable surfaces as simple measures. Planting can also aid in this process. Some plants have natural erosion-prevention techniques, which can help to minimize damaging runoff into waterways.

Examine how rainwater may pick up soil particles to show you how rainfall processes can affect water pollution. Nonpoint source pollution is the result of human-caused soil erosion and the use of those results in pesticides.

Water pollution is caused using sprinklers, which irrigate the ground. Sprinkler irrigation causes pollutants to become bonded to water or dissolve in them, polluting the environment. The water itself may spread litter, gasoline, chemicals, and fertilizers that contain nitrogen and phosphate, harming water quality.

Soil characteristics can have an impact on the water pollution process, particularly when it comes to runoff. It is based on soil permeability, or how open space exists between soil grains, which may harm water storage and movement.

This can enhance the natural flow of water and decrease soil erosion, according to several studies. It also depends on the roughness of the soil’s surface, which can capture pollutants more efficiently. Researchers may gain better ideas about how to address water pollution issues as they pertain to runoff by studying the chemical and physical properties of water in contact with soil. If you’re looking at implementing new rainwater system like cast iron drainpipes, you’ll need to understand how much rain water runs off your property. If you’re still struggling to get your head around it, why not contact RainClear today.

To Know Some Great Stuff Do Visit HindiSaath

To Know Some Great Stuff Do Visit HindiVeda

To Know Some Great Stuff Do Visit HowTat

WHY IS ALUMINUM PERFECT FOR AUTOMATIC GATES?