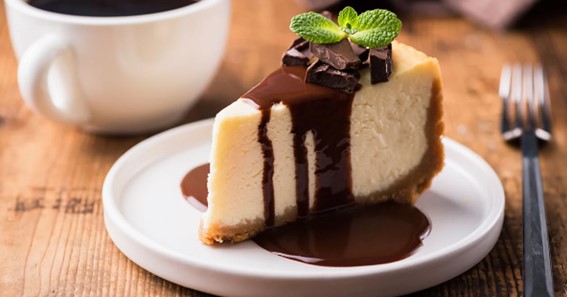 Regardless of what your nutritionist may say about the unhealthy aspects of fast-food dessert (and fast food in general), the simple fact of the matter is that a fast-food meal seems incomplete without the dessert to finish things off.

You can always assuage your conscience by telling yourself that there are actually positive aspects to eating dessert, even at a fast-food joint. But if you’re going for the really good fast-food desserts, then you better try the following:

This isn’t the only McFlurry flavor you can try, but plenty of folks who have tried them all say that the Oreo McFlurry is the best of the lot. You have soft serve ice cream, and then lots of Oreo bits in different sizes. That way, you get some Oreo in each bite, but each bite has a different Oreo level that just teases your taste buds. Whatever burger you get from McDonald’s, the Oreo McFlurry is a terrific follow-up.

This is a rather simple dessert, but you don’t really need all those bells and whistles for a satisfyingly sweet end to your fast-food meal. Here, the sweetness isn’t overwhelming at all, and instead it’s rather gentle. The cheesecake texture is satisfyingly whipped and creamy. You get a buttery graham cracker crust, with the cheesy, tangy filling, but that crust isn’t crumbly at all.

Try this after downing your huge bowl of beef with rice along with some stewed onions, and you get that joyful dessert in terms of flavor and texture.

Custard, at least at Freddy’s, is basically super-high-quality ice cream. It’s rather egg-heavy, so it’s a lot denser than regular ice cream, and you don’t get ice crystals. Here at Freddy’s, they make the frozen custards fresh each day.

The PBC&B gets you vanilla custard along with Reese’s Peanut Butter Cups and bananas. Then they top it with whipped cream and a cherry on top. It’s basically a time machine that brings you back to the innocence of the 1950s, and it’s not a coincidence that this is the very vibe you get in a Freddy’s location.

This isn’t really ice cream, and it’s not a milkshake, either. It should probably have its own category, as you start to spoon the Frost before you eventually end up sipping it. And along the way, you might want to dip your French fries into the Frosty as well.

Most people say that the Chocolate Frosty is the better choice than the vanilla. But you should really try asking for the black and white Frosty, which may not be listed on the menu. This means you get that Chocolate Frosty with an extra concentrated blast of the smooth vanilla. That’s one perfect pairing.

There’s really no point getting into an argument about whether the apple pie is better than this peach mango pie. The rule at fast food is simple—order what you enjoy the most. Your nutritionist may hate this rule, but your taste buds and stomach will be sated.

But the simple fact is that so many chains offer their own version of the venerable apple pie that after a while, apple pie becomes boring. And that’s where the Jollibee Peach Mango Pie comes in. It smells great and also quite different, reminding you of the tropics.

Inside the filling you have a combination of peach and mango, and one flavor doesn’t overpower the other. That flavor really stands out, especially if you’ve been ordering too much cinnamon apple lately. The crust is also excellent and crunchy, and this is just great.

But let’s say you’re a diehard apple pie fan. Now what? If you’re determined to get the best of these apple pies, then head on out to Popeyes. Not only does Popeyes arguably have the best chicken sandwich in the entire fast-food industry, you also get their fantastic cinnamon apple pie.

It’s true that the McDonald’s apple pie is more iconic. But if you’re objectively looking at this comparison, Popeyes just offer the better dessert. The apple flavor in their pie is more intense. You get just the right amount of cinnamon flavor from the cinnamon dusting. The crust offers more crisp to each bite. All in all, it’s the better deal.

It’s not always easy to find banana ice cream that actually tastes great. That’s probably true across the board of all banana snacks. Sure, you can have your pick among the many banana snacks. But too many of them give you that obviously artificial saccharine sweetness, in an effort to really emphasize that banana flavor.

But with this shake, it’s different. They haven’t gone overboard. Instead, the taste seems like Sonic actually mixed in real bananas (and plenty of them) into their ice cream. And it seems that way because—surprise, surprise—that’s what they actually did.

What are the incredible cakes online to celebrate the special occasion